The default configuration in the Devil May Cry games is worth tweaking for better gameplay. This is my current reconfiguration.

Rebind Shoot from X to RT

The primary reason for this is to allow you to charge up shots (when available) while you perform melee attacks with Y. Holding down X and tapping Y is unwieldy and robs you of some flexibility. This also mimics the well established FPS pattern where RT is used to fire your weapon.

Rebind Lock-On from RB to LT

If you are going to shoot with RT, you may as well Lock-On with LT to mimic Aim Down Sights. Your muscle memory from shooters can now be applied to character action games. 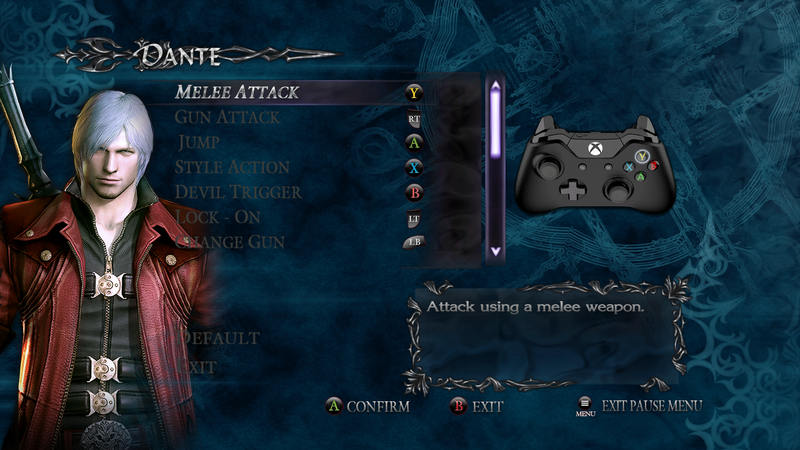 You can now bind your Change Guns and Change Sword/Arms to LB and RB. If you want to emulate DmC, you could in theory use D-pad Left and D-pad Right; however you lose the synergy of using D-pad for changing styles with DMC4 Dante.
Note: Nero does not have these Change actions but binding Exceed to RB is great. You can focus on the Exceed timing purely with one hand using your index finger and thumb. 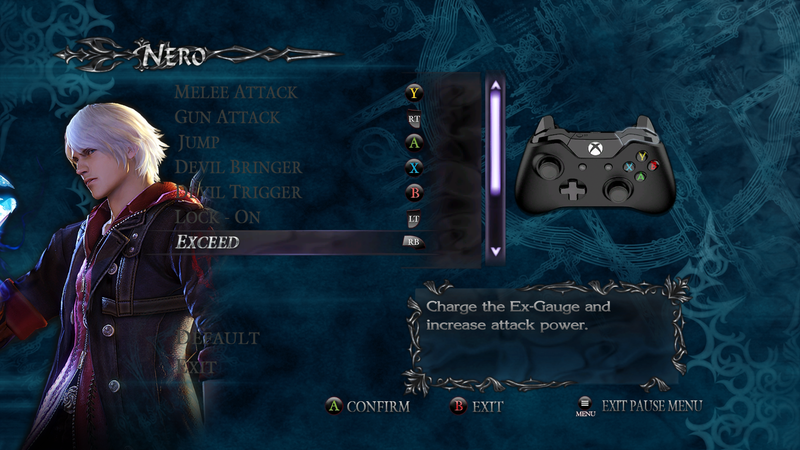 Rebind Style/Bringer from B to X

This one is more preferential. I’m more comfortable jamming on the X button than the B button for repetitive inputs. Also after hours of playing DmC with default controls, LT+X nicely emulates Angel Lift for DMC4SE Vergil.

Rebind Devil Trigger to B

Putting Devil Trigger on a face button might seem wasteful. Actually, it’s quite convenient since you can quickly activate and deactivate it with a button tap. With it, you can cancel damage temporarily by gaining invincibility. This also inadvertently copies the input scheme for Musou/Warriors games where X and Y are used for offensive moves and B for activating your special.

In the end, you should land up with something like the image below. 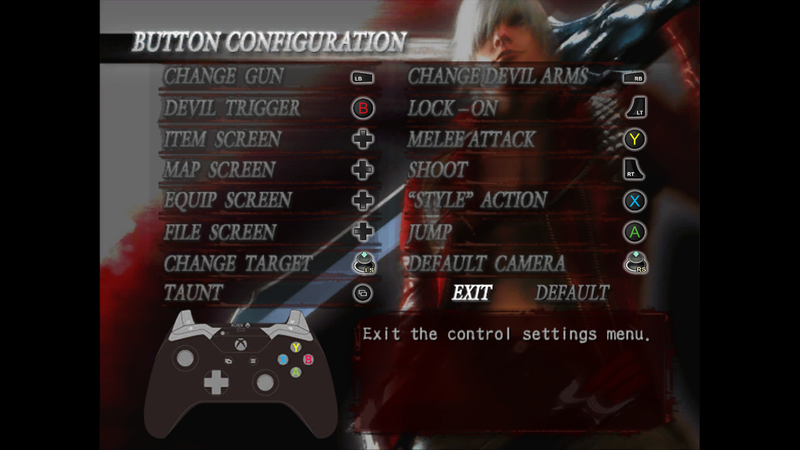 Feel free to experiment further and find what suits you best!

Next
Time is Money ⏩