The more I learn Game Theory, the more prominent it becomes in my life. In fact, the word game itself…has changed, evolved into something bigger that I crave to understand and master. But let’s talk about Japanese anime/manga instead.

King’s Game or Ousama Game is a horror franchise that’s steeped in Game Theory. On the surface, it revolves around a mastermind called the King who dispatches cruel orders to a group of individuals. These orders must be obeyed or the group will be punished with death. Therein itself, we have the essential elements of Game Theory studies: players, rules, decision-making, and rational behavior. Of course, since lives are on the line and the players have strong social relationships with one another, you can expect the rational to clash with irrational; from this, drama is born. 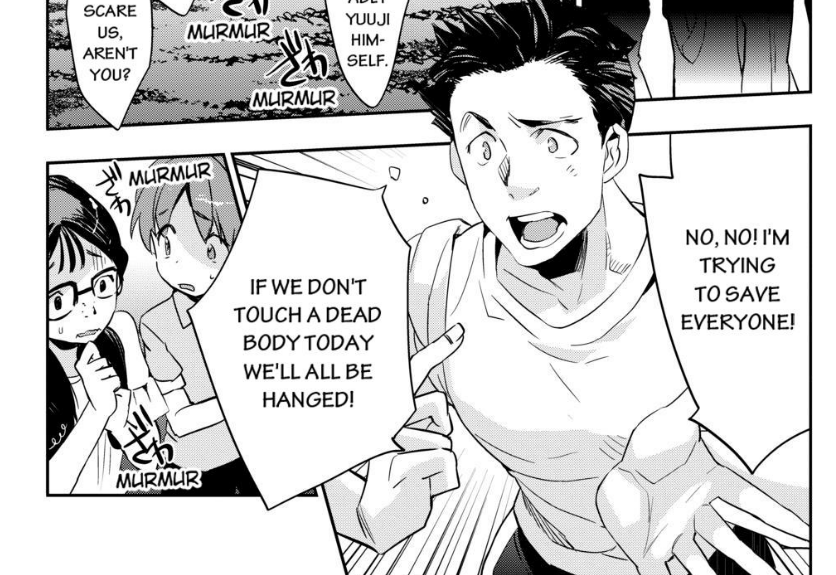 Many of the scenarios that the characters find themselves in are great scenarios for Game Theory analysis. As an example, the King assigns half the group to hunt and kill n people. If a Hunter fails to do so, that Hunter will be killed by the King. The other half of the group, the Non-Hunters, need to just survive. To make it more complicated, there are not enough Non-Hunters for each Hunter to make their goal. This means that a Hunter might need to target another Hunter to achieve their personal target. It’s very interesting to see the strategies that unfold in a game with such stakes. It’s definitely not what one would expect.

Read King’s Game Origin to find out what actually transpires.

With the above scenario and others, I find myself thinking what other plays could have occurred. Is it possible to “win” the King’s Game in the first round? What other choices could the protagonists have made to ensure that more of their loved ones survived? It might not make for an exciting plot but it’s fun to think about.