Game Creator One’s Shooter module is designed for complex characters but it’s possible to build simpler elements like those you would find in a bullet hell game. Here’s the recipe to make it happen!

If you don’t already have it setup, download the package and use the Module Manager to install the Shooter module. 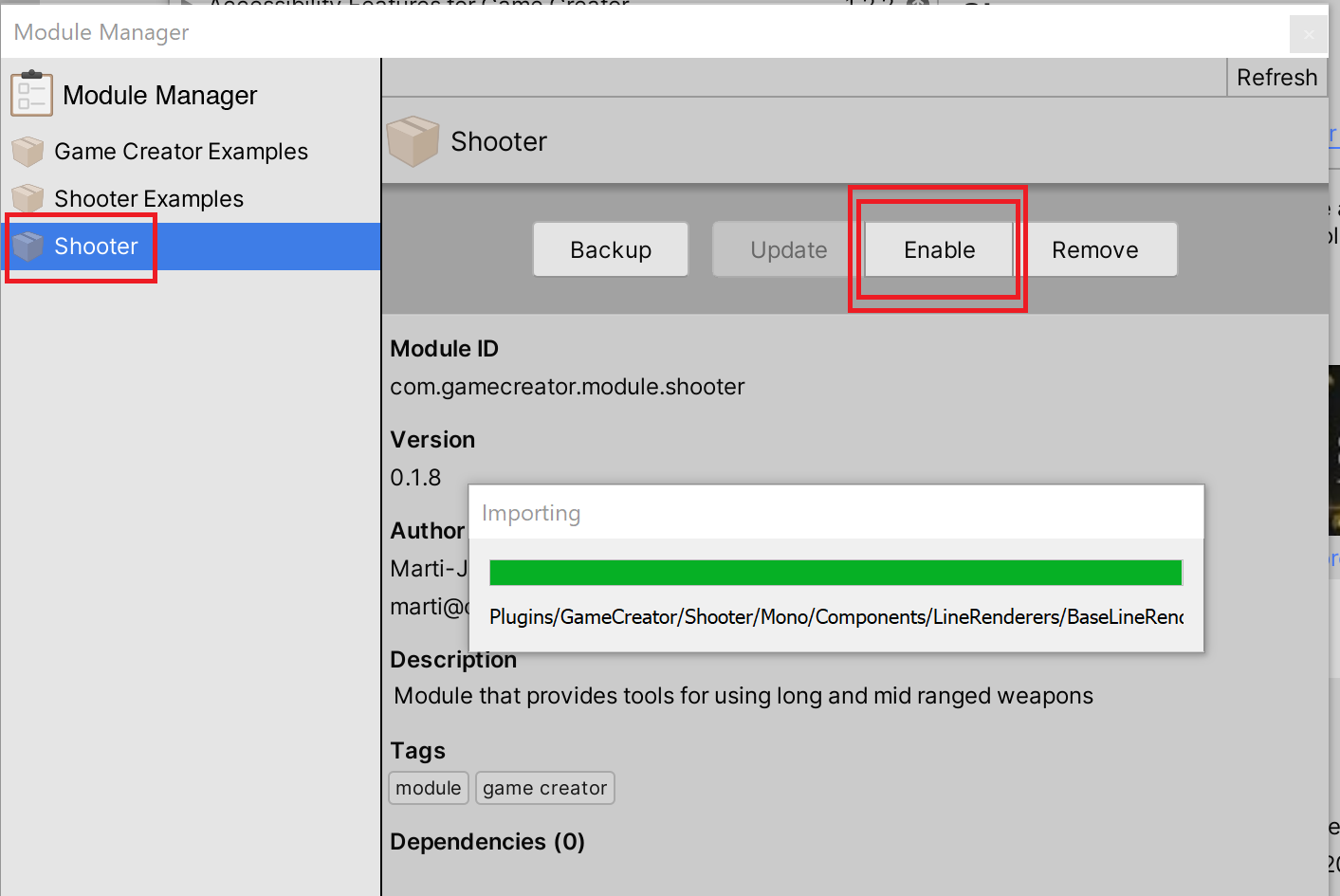 This will give you access to the triggers, actions and asset types we need.

For this scenario, we want the bullets to be clearly visible as well as slow (relatively) so that players can see them travel. This means we need to set it up as Projectile. It’ll also need a visual representation so create any prefab and assign it using the Inspector. I used a red sphere. 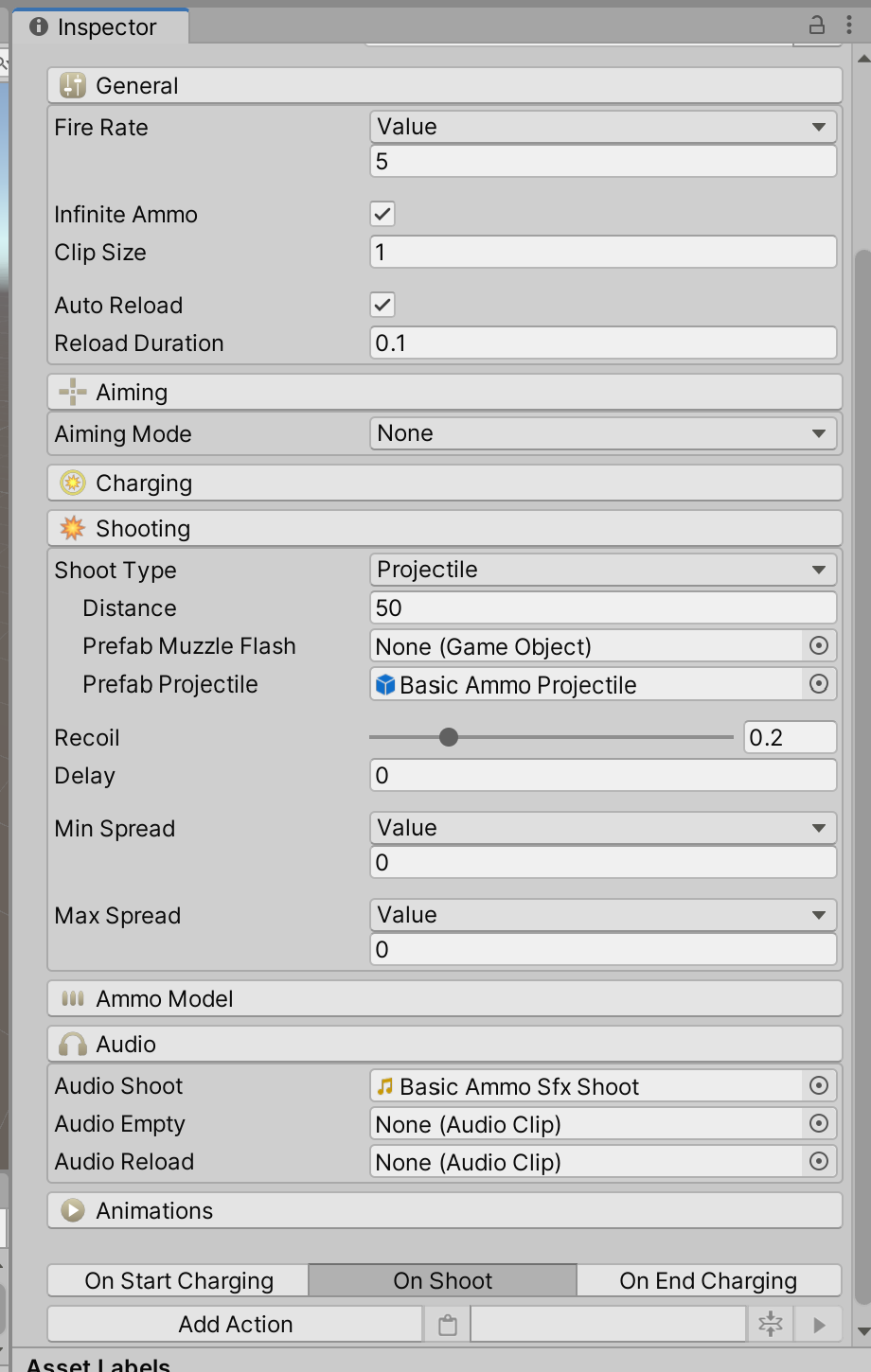 Since this is going to be fired from a simple inorganic character, all bone-based character properties are collapsed in the images.

Next, we build the weapon that will be used with Assets/Create/Game Creator/Shooter/Weapon. Assign the Basic Ammo to the Basic Weapon. 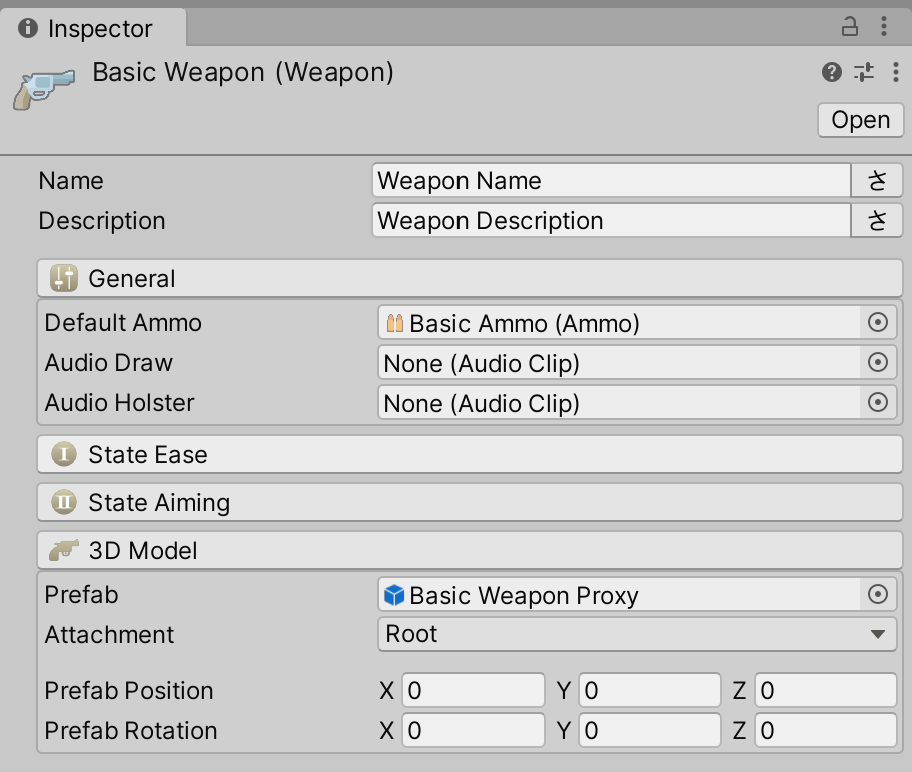 The next part is tricky. Game Creator One’s Weapons assume that a visual representation of the weapon exists. This can be worked around by using a Prefab that’s an empty GameObject but it’ll need a Muzzle component attached for vector calculation of the ammo’s projectile.

Create a GameObject tree to represent the shooter. The essential components are Character Shooter and a trigger and action to make the shot. Here’s what I did.

If your bullets are too slow, find the Projectile Velocity property in the Ammo asset and increase it. It’s under Aiming in my current version but I needed Crosshair mode set in order to see it. You can toggle it back to None once you have a happy value.

You may also notice the bullet might be shifted…sometimes. This is because of collision relationships between the shooter and the projectile and how in this scenario, the projectiles are created inside the shooter. Conventionally, the muzzle/weapon is far away from the body of the shooter so such penetrations shouldn’t happen. You can use the Weapon prefab position to create such an offset. Alternatively you can disable the shooter’s collisions or just ensure projectiles and shooters don’t mix using the Collision Layer Matrix feature.

Once you build the basic elements, it’s easy to create variations and develop complex behaviors. With features in other modules like Perception and Line of Sight checks, shooters can be given advanced behaviors that can emulate intelligence.